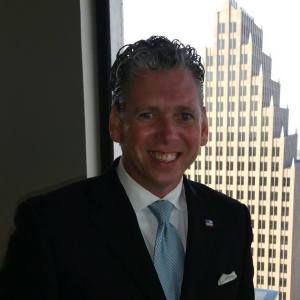 Tex Christopher has over 25 years of professional political successes, business leadership, entrepreneurship and corporate growth accomplishments.  He has served his local, state and national alliances well.

In corporate America, as CEO, he managed a team of 500 insurance professionals to train over 50,000 licensed agents in Health and Life Insurance coverages in the health sector and was a regarded health care expert, and was asked to dissect our national healthcare system in early 2000 which brought him before many major industry leaders and politicians grappling with the proposed nationalized healthcare agenda under Hillary Clinton which was soundly defeated. In addition, as CEO, he also worked with a team of 432 to instruct 40,000 Tax Attorneys and CPA’s with the financial crisis in America at the turn of the century.

He was on the forefront leading 5,000 employees in energy deregulation in the state of Texas and helped solve many problems for the city and state, assisted veterans programs that are now duplicatable across the country, and defeated the HERO Ordinance in Houston (taken to the Texas Supreme Court) which jeopardized families in our communities. He is currently working on major legislation to take Texas off the #1 list for the sex trade.

His leadership with Tex Christopher Studios is creating a doorway to the next seismic shift from Hollywood to Texas that is currently underway and the state of Texas is very hopeful with current developments, starting with a focus on the East Side of Houston and the resulting economic development zones and tourism impact in our major cities. More importantly, he is a leader with vision and a sought after professional speaker, inspiring over 1.5 million Americans.

Lastly, Mr. Christopher is a statesman who stands up for his country with proven results and makes an impact in the community with a focus for economic growth – creating jobs and helping people are his passions.  He stands for righteousness and being a voice for the voiceless.  Tex Christopher is a leader’s leader and our U.S. Congress representative has recently recognized his accomplishments with the launching of Tex Christopher Studios.

Joanna Sanchez is an established actress, producer and acting coach. She has appeared on Broadway and Off Broadway, and has done numerous television and film roles.

She has become an ambassador of sorts, ushering in her network of key leaders into the Texas market and has amassed a slate of productions to benefit many.

She has starred in “The League” which aired on FXX and guest stars on MTVs “Awkward”.  Her latest films include “Bad Hurt” from the producer of “Wolf of Wall Street” and “Eternity”.

Her many television credits include guest-starring roles on “ER”, “NYPD Blue”, “Always Sunny in Philadelphia”,  “So Notorious”,  “Strong Medicine”,  “The Sarah Silverman Show”, and “Mad About You”.

Her film credits include “The Confidant”. “Up Close and Personal”, “Conspiracy Theory”, “Hawaiian Gardens”, “187”, and “Removal”.

Recently, Joanna produced a short film called “Burnt”, which won Best Drama at The Gulf Coast Film Festival and is currently working on developing a feature film based on this short and Co-executive and Produced “The Acting Coach” which screens at WorldFest Film Festival in Houston in April.  She has also worked on the soon to be released motion picture “To the Bone” by award-winning producer Frank Ava.

She has worked with actors in Europe, New York LA, and around the country.

Joanna believes that dreams are made in Hollywood everyday and has helped many actors, directors, and producers to achieve their own success. 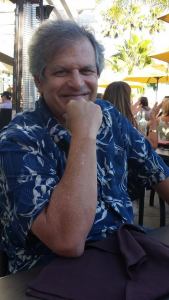 Turrow has repeatedly demonstrated his management as well as consulting skills to both simplifying complex projects to an appropriate budget, including his ability to enable smaller projects as to merit perceived enhanced production value. A creator of forward thinking financing and – 10 – incentives plans for the new transmedia platforms, Turrow utilizes this invaluable expertise for producing independent motion pictures marrying both financial and creative centrics.

Giving heartily to his industry, Turrow has served as a member of the DGA Western Council, as former Chair of the DGA UPM/AD Mentor Committee and participated on both their UPM and Visual Effects Committee. He is as well, a winner of the DGA’s Council Award for Special Service and served on several committees at the Producers Guild including its FilmUSA Committee.

Tex Christopher is currently meeting with investors, influencers and producers of entertainment content for the base and infrastructure of this multi-million/billion dollar economic shift. Stay tuned.

Tex Christopher has gathered one major TV series and 14 A-list motion pictures to be shot in Texas for the state and will spark the new economy for our region and begin to establish state-of-the-industry resources for our local production talent in an open and collaborative environment. Stay tuned for developments.