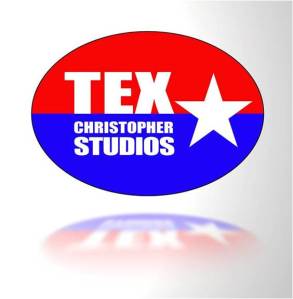 Re:  Open Letter to the Citizens of Texas from Tex Christopher Studios

On November 9, 2016 (the day after a historic election), a major event was held in Houston at the exclusive Cle’Houston Night Club with over 750 business people, politicians, local motion picture and entertainment professionals,  industry photographers for a red carpet experience, representatives from Hollywood and international executives and invited media, to commemorate the launch of Tex Christopher Studios comprised of four key partners Tex Christopher, Joanna Sanchez, Gregory Fawcett and Randy Turrow.

To start, we have incredible TV series and 10 motion pictures ready to begin production in 2017/2018, with many more to benefit our local communities and our state.

A Congressional Proclamation was given by the Honorable Congresswoman Sheila Jackson Lee’s representative Military Staff Member Daniel Espinoza (U.S. Marine Veteran), who recognized this shift early.  The evening was also held in honor of the United States Marine Corps and the local Marine Corps League a day before the 241st Birthday of the Marines, founded in 1775 at Tun Tavern in Philadelphia (the city of brotherly love).

Our mission was to facilitate the economic shift in the entertainment business.  It has been over 50 years, since juggernaut and business billionaire Howard Hughes disrupted Hollywood, the airline industry and his family help birth the energy sector for our city.  We honored pioneers like himself who have worked for breakthroughs in our state like putting a man on the moon, building the 8th wonder of the world the Astrodome, establishing the Dr. DeBakey artificial heart and veterans hospital, world class medical facilities, our amazing port system and making Houston the energy capitol of the world.

The question was asked “Why are we not the entertainment capitol of the world?”

This major undertaking attended by many of the city’s top leaders was only the beginning.  We have incredible support and financial resources and interest in the plans that are being discussed in its aftermath.

We invite you to be a part by visiting www.TexChristopherStudios.com to learn more about the vision to employ thousands of eager professionals in the entertainment business which includes staffing, production, economic  and entrepreneur zones, ethnic culture centers, technological shifts, media distribution advances in music and cinema, international visibility, tourism, and more.

For those who were invited and could not attend, we do plan to have other events in the future and we are looking forward to meeting and briefing you, and including you in our plans to make Houston and Dallas, Motion Picture Capitols.

Tex Christopher is currently meeting with investors, influencers and producers of entertainment content for the base and infrastructure of this multi-million/billion dollar economic shift. Stay tuned.

Tex Christopher has gathered one major TV series and 14 A-list motion pictures to be shot in Texas for the state and will spark the new economy for our region and begin to establish state-of-the-industry resources for our local production talent in an open and collaborative environment. Stay tuned for developments.